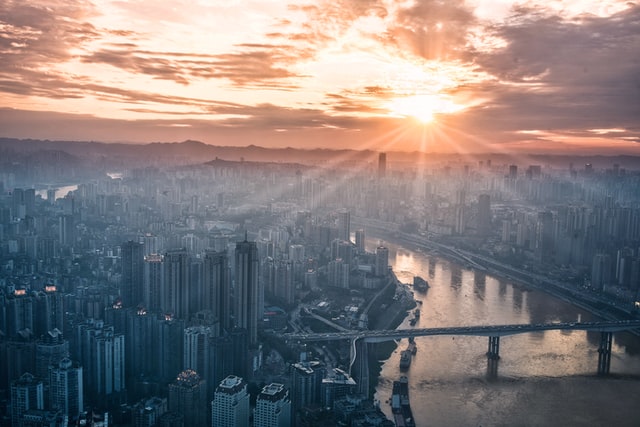 Keeping the air clean is a recent priority. Pictures from less than a century ago show toxic black smoke billowing out of factories, courtesy of the Industrial Revolution. Greenhouse gases, air pollution, and diseases caused by impure air are fairly recent concerns, even though they’ve been affecting humankind for centuries.

How Does Airborne Transmission Occur?

From the evolution of modern warfare to an overwhelming number of cars on the road, the air we breathe is filled with particulate matter. Even though our lungs are designed as filters, they’re being taxed on unprecedented levels. Now, with the increased danger presented by airborne transmission of viral diseases, lowering the levels of particulate matter in the air is paramount.

Viruses like COVID-19 are spread largely by airborne transmission. When someone speaks, coughs, sings, or sneezes, they expel aerosolized droplets. When someone else inhales these potentially infected airborne droplets into their respiratory tract, they can contract COVID-19. That’s why scientists have been promoting the importance of masks.

However, masks aren’t foolproof. People remove these masks to eat, drink water, or sometimes catch a breath of fresh air. They’re constantly adjusting masks that don’t provide an airproof seal, either. Human controls are ineffective and sloppy, which is why engineering controls are necessary.

One of the best ways to accomplish this is by using hospital-grade HEPA filtration. These filters are used to remove microscopic particles from the air.

In the 1940s, during the Second World War, global powers were competing for the first nuclear bomb. As the most powerful weapon that mankind had ever created to that point, there were a lot of unknowns. These included the impact of testing a nuclear bomb in New Mexico. This explosion produced extensive radioactive waste, which has affected New Mexican residents for generations.

How Filtration Helps with Nuclear Fallout

The Manhattan Project was the name given to America’s effort to create a nuclear bomb. As part of this project, scientists were required to create a contingency plan for potential fallout. A filter, capable of taking radioactive particles out of the air, was a key part of this plan. Development, manufacturing, and detonation of these atomic bombs produced a lot of nuclear radioactive material.

However, this material became airborne. When it did, these particles settled on surfaces and were easy for people to inhale. Many people who lived near the initial New Mexico test site blast zone developed cancer in later years as a result of that exposure. Of course, it’s impossible to filter an expansive, open landscape’s worth of air.

To control radioactive materials produced during development and manufacturing, researchers leaned on the design that served soldiers during gas attacks. As a new part of warfare during World War I, gas had become the weapon of the future. These masks, made of asbestos and cellulose fibers, filtered out airborne toxins. Masks, especially in the trenches and into World War II, became the difference between dying horrifically or staying untouched by tear gas. Air purifiers, on a grander scale than individual gas masks, were utilized in headquarters in order to purify the entire building.

HVAC systems don’t have the efficiency to provide proper indoor ventilation. Due to the effort of keeping heating and cooling costs down, they don’t let in outdoor air. While this keeps the temperature even, it also keeps the same air recycling through the building over and over. Especially during times where airborne transmission is a risk due to airborne pathogens and pollutants, HVAC systems become a major liability.

Upgrading entire HVAC systems is a massive expense. You’ll need to rip up your entire building, which could stop normal business procedures for some time. If you had to close down, that’s more months of lost revenue and lower production. This approach makes it impossible. But you can use that money to deploy an alternative solution, like high-efficiency particulate filtration.

HEPA filtration began with protecting nuclear bomb development in hazardous, volatile environments. That history has translated into other industries, like construction, field hospitals, and other high-risk environments that could negatively impact employees, patients and patrons.

Translating the purpose of this equipment to effective COVID-19 response has been a top priority for Omni CleanAir. HEPA’s eighty-year history showcases the ability to remove radioactive material, asbestos, smoke, pet dander, microscopic droplets, airborne pathogens, pollen, and more. With this track record, machines that utilize True HEPA filtration are on the front lines of combating coronavirus, influenza, and other harmful pathogens and viruses.