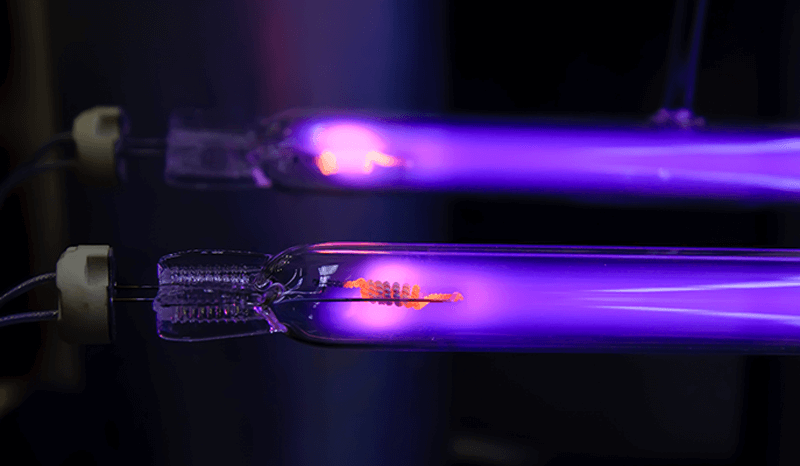 Harnessing the power of light has been a crucial quest for generations. From relying on the sun or stocking up on candles, people have always tried to capture light as a useful tool. That’s where ultraviolet light comes in.

The concept of UV radiation was discovered in 1801 by a German physicist. Johann Wilhelm Ritter made his observations with the violet fringes of the visible light spectrum. When working with paper soaked in silver chloride, exposure to these invisible rays darkened the paper faster than exposure to visible violet light. This discovery made waves until 1878 when the sterilizing effect of this invisible, short-wave light was discovered. Killing bacteria became the new focus for ultraviolet light.

This sparked an intense interest in the germicidal properties of sunlight. Applying this knowledge to sanitation and bacterial applications was crucial for the problems of the time. As the world continued to industrialize, combating disease increased in importance.

In 1903, Niels Fensen applied ultraviolet light to combating tuberculosis, which was a major issue at the beginning of the 20th century. This represented a peak in ultraviolet development, which remained mostly at a standstill until the Great Depression. Two notable developments were the application of ultraviolet light to a drinking water system in France. In the Great Depression, these practical applications were developed into tubular lamps. These lamps broadened the application potential of UV light. As scientific research intensified after World War II, UV disinfection was popularized and was being used for both commercial and residential applications.

The concept of air purification through ultraviolet germicidal irradiation came a little later. For air to require purification, there was a need to prove that the air actually contained harmful properties. The need to ‘get some fresh air’ was common wisdom for generations. As a matter of fact, many consumptive sufferers were sent out West as a last-ditch effort to preserve their health. For many sufferers, the ‘fresh air’ and different climate saved their lives. However, this type of folklore wisdom needed to be scientifically proven.

In the nineteenth century, doctors were still warming to the concept that handwashing was crucial, and leeches did more harm than good. In the midst of this age of medical enlightenment, Louis Pasteur demonstrated that organisms did indeed exist in the air. This importance of this proof, however, was emphasized by the growing issue of tuberculosis. As a death sentence then, tuberculosis involved extreme weight loss, hacking up blood, and symptoms that slowly destroyed the patient.

With this in mind, especially with the hacking cough, the concept of airborne pathogens needed exploration. Proving his theory alongside ways to eliminate these airborne pathogens, such as the usage of UVC light, was crucial.

Near the end of the nineteenth century, scientists Flugge and Cornet presented compelling evidence. Unfortunately, they reached different conclusions. Cornet believed that tuberculosis was dust-borne. By contact, Flugge believed that tuberculosis was droplet-borne. Various theories, all offshoots of Flugge and Cornet’s initial research, were tossed around for decades.

How UVC lessens the risk of a twindemic

Airborne transmission of other illnesses, such as the flu, magnified the need for a solution. Chickenpox, mumps, measles, whooping cough, and other common diseases spread the same way. For instance, over a billion influenza infections occur worldwide each year–since it is spread by droplets produced by coughing, sneezing, and breathing. Applying the benefits of germicidal irradiation to the flu–especially as scientists are concerned about ‘twindemics’, with multiple viruses ravaging the world at the same time–is crucial. Using ultraviolet irradiation on respirators contaminated with influenza proved the usefulness of this application. When the respirators were treated with an optimized UV dose, contamination decreased significantly.

Using ultraviolet germicidal irradiation to combat airborne disease transmission is key. And while increasing ventilation helps reduce transmission risks, it doesn’t have the same power as killing microorganisms in their tracks. That’s where UVC light comes in.

How does airborne transmission occur?

It wasn’t until the 1930s’ that major breakthroughs involving ultraviolet germicidal irradiation and droplet nuclei were made. William Wells introduced a theory known as the droplet nuclei hypothesis. This theory involves the fact that humans generate microscopic droplets when they breathe, speak, cough, or sing. These droplets contain DNA matter, and this can turn them into dangerous pathogens. Though this might sound like common knowledge now, at the time, the concept still required testing.

Wells’ theories were given a thorough test run two decades later, in the 1950s’. A ward full of tuberculosis patients was established as a test site. The air from the contained ward was vented to a large number of guinea pigs. This trial run confirmed Wells’ theories.

With this new knowledge regarding airborne transmission, there was a new mission. How could these airborne pathogens be eliminated? Many theories then, just like today, were debated. Perhaps opening windows would be helpful or introducing filtration. With the invention of tubular lamps and concentrated doses of ultraviolet light, finding the optimal application was paramount.

Some UV applications are dangerous

The best way to apply ultraviolet germicidal irradiation is still being explored. In the wake of COVID-19, the scientific community is experimenting with different way to make indoor environments safer.

A current real-world example is disinfecting airplane cabins. Since so many people sit close together, sanitizing these surfaces is paramount. The turnaround time between flights is short, so airline crews have to be efficient.  Some companies have tried to use portable applications with UV bulbs mounted to rolling carts. These carts are wheeled along airplane aisles when the cabin is empty. This is necessary due to the human risk inherent to UV exposure. This presents exposure and line of sight issues, though. Exposure to ultraviolet light breaks down plastics, which is problematic for an airplane’s interior.

It also presents some of the same issues with upper room UVGI applications, where ultraviolet light is placed in ceiling fixtures. However, UVC light can only eradicate germs, pathogens, and viruses that it can ‘see’. Awkward corners, undersides of tables and desks, and other nooks will be ignored. UVC light, when applied in this manner, is only as useful as what it can see.

Promising any sort of comprehensive disinfection with this method is untrue. Worse, it provides a false sense of security and lets people relax efforts like social distancing or masking when they shouldn’t. The only safe option is applications that are contained and don’t rely on line of sight efficacy. That’s why Omni CleanAir’s method of bringing the virus to contained UVC bulbs, through workhorse filtration, is the optimal way to ensure continuous sanitation. This process doesn’t endanger anyone in the room and doesn’t rely on line of sight efficacy.